A fan favorite of many, in PvP you fight directly against rival's players teams and climb to the top.
There are five parts to PvP: PvP Relics, Climbing Towers, Battle & Stealing, Revenge, and the Event Store.

In this event, you will fight other players’ Defender team in a timed, head to head battle. Each battle takes place on a Tower that determines the properties of the fight. Defender teams get buffed based on what tower you fight them on; the further into the tower progression you are the greater the harder the opponents you will face and the greater rewards you will earn upon victory.

The main section of the event. You start with ten keys, with a key replenishing every hour. You start off at a tower, with a certain number of players. Later towers will feature more player to beat per tower. The middle and top of every tower will yield special rewards, such as more keys or solo trophies. Once you start a tower, you have a limited time to finish it. Losing any battle will result in you starting over the tower and accumulating one strike. Not finishing a tower in time will also lead to a strike. Three strikes, and you will move down to the previous tower.

When you start a tower, you are matched against people of your trophy range (not deck power rip). You have the option of using a single key, or using 3 keys and attacking at double strength.

As you have a larger and faster regenerating key pool, its not a bad idea to use 3 key attacks a little more freely. Oftentimes, you will go against opponents with stronger decks than you, so a 2x multiplier will greatly help.

You start with a max of 2 skip tokens, which slowly regenerate. You can use a skip token to find another opponent on a tower if he is too strong for your current deck. I would save these for the later stages of a tower, when you might not have enough keys to make a 2x attack.

Opponents can equip rings, that increase the defender's power and also activate guard. Guard places a shield on all defenders that greatly increases their defense. Guards have varying strengths, indicating how many bolts are needed to break them. Guards can be broken by marksman bolts.

Crossbows will create marksman emblems on random gems when guard is detected. When gems with marksman emblems are matched, they launch bolts at the opponents guard. Once the shield is broken, you can attack the cards at full power. A crossbow could spawn 2x marksman values, up to 9x values. This indicates how many guard points each launched bolt will remove from the shield. If you are unfortunate enough to not have a crossbow, you can use a scroll for a single fight. Scrolls act as a crossbow, but are single use and vanish after a single battle.

Each successful fight will move you up a tower, and yield solo and guild trophies. If you defeat 3 out of 5 cards of an opponent, you win the fight, and gain the rewards. However if you elect to continue, and successfully defeat all 5 cards, you gain an additional trophy bonus.

When you attack an opponent on the tower, you will face their Defenders in a five wave battle. The rules of engagement are similar to battles in Guild Wars - the enemy will attack after every one of your turns and use Defender Skills to even the odds. The wrinkle is that each battle will be timed - you lose if you either run out of time or hit points.

Any time you steal from your opponent, it puts a target on your back. So long as they are in a guild, the opponent or their guild mates can challenge you to a Revenge battle to try and steal those points back.

The event store is largely gem-based, so not much for free-to-play players here. 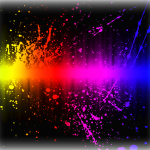