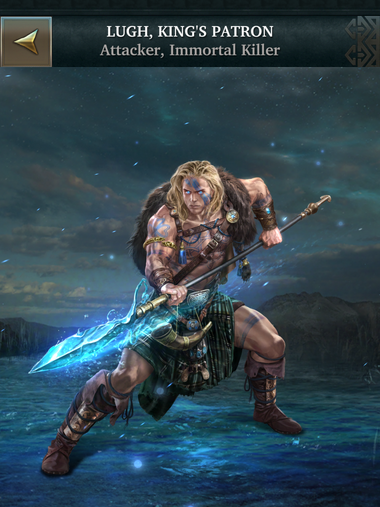 To all who pray to Lugh, he is a bastion of law, honor, and skill. Equally powerful as both a warrior, lawmaker, and artist, he inspires all to excel and improve.

Passive: Long Handed Law
On attack, dispel all enemy buffs. If there are no buffs, then delay all enemies' turn by 1.
Cooldown: 5 Turns

Defender Skill: Toxin VI
Chance Each Attack to apply a Toxin VI Debuff on up to 5 heroes for 3 turns.
Toxin Debuff: Skills which heal are completely blocked. 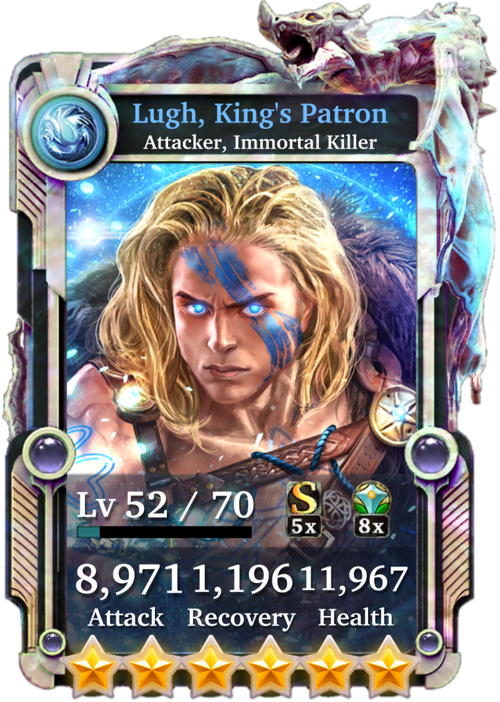