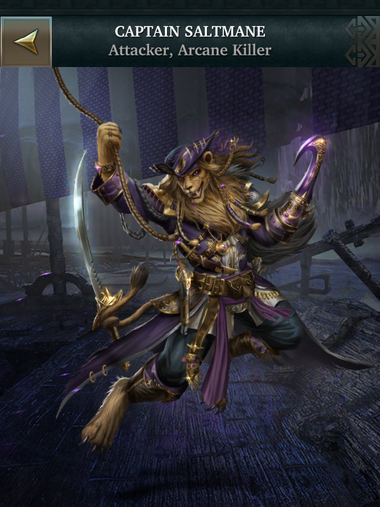 Legends say Captain Saltmane was born a captain, hat on head and hook in hand. At sea, his roar can be heard for miles, and signals only one thing: surrender your loot, or walk the plank.

Passive: Roaring Boarding
On attack, creates up to 6 Dark Power Gem VIs, one for each attacking Dark Commander.

Arcane Killer IV
Increases Damage by 800% while Arcane enemies are present.
Only the Most Powerful Arcane Killer effect on each hero will apply.

Defender Skill: Gem Silence VI
Chance Each Attack to apply a Gem Silence VI Debuff on up to 5 heroes for 3 turns.
Gem Silence Debuff: Skills that transform or upgrade Gems are silenced for targeted heroes. 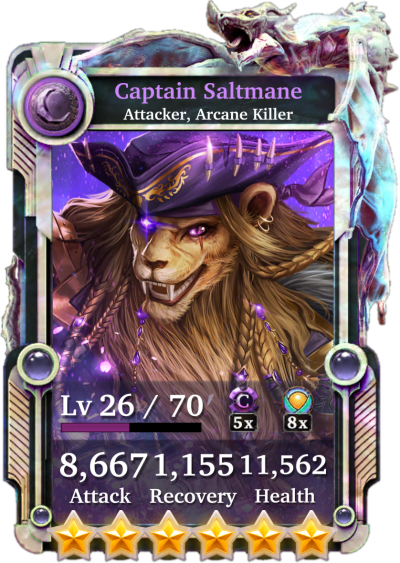