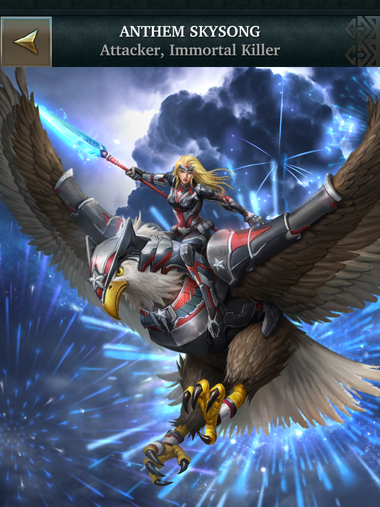 Anthem has always traveled the land, spreading a clear message of freedom and tolerance. When the Great Eagles caught wind of this message, they quickly moved to invite her into their order. Now, as the only human amongst her winged brethren, she flies among them atop an eagle's wings, spreading her message further and wider than ever before. Now, her own songs have become one with the cries of the Eagles in the defense against Terminus, for a world enslaved is one without song!

Passive: Inspiring Cry
Gives a 20% DMG buff to the first hero each turn to activate their battle skill.

Empowered Water
This Hero is empowered and does 10x Damage against Fire Enemies instead of the standard 2x.

Defender Skill: Weaken VI
Chance Each Attack to apply a weaken VI Debuff on up to 5 heroes for 3 turns
Weaken Debuff: Reduces Attack of target and silences any skill that increases Attack or Damage. 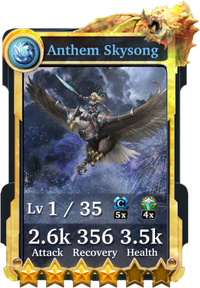 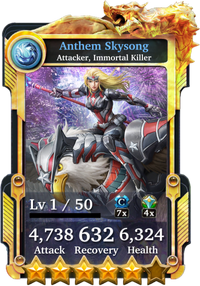 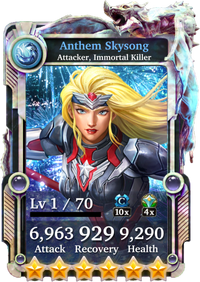